NYC Challenge - Kick A.. Gaming System for less than $2,000
- using parts that would work with Hackintosh.

User had the above challenge with the following conditions.
- using parts that would work with Hackintosh.
- setup and delivered in NYC.

Here is the system I recommended.

Now let's compare that system to others.

Hackintosh friendly rules out a few things.
- AMD CPU or graphics
- Most motherboards

At another time GW, I'll put together a system at this price point for PC only.

A few systems in this price range, which are not AMD CPU or graphics.
They may or may not be Hackintosh friendly.

* Benchmarks estimated based on provided specs. 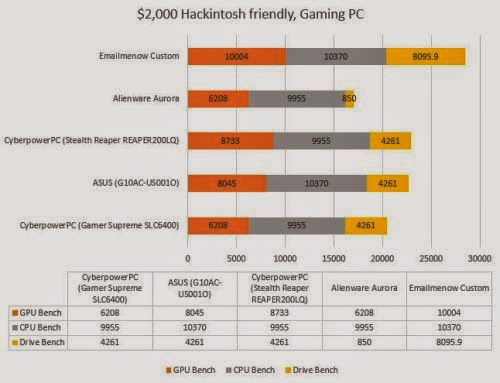 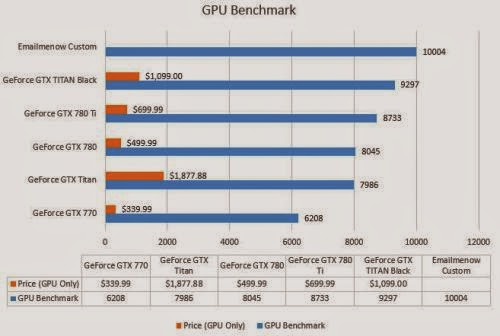 Get ready for 4K Video